District's Disrespect for Teachers is Evidenced in Teacher Evaluation Scores

Published in The Orlando Sentinel, February 16, 2016

Other Central Florida school districts exceeded our county’s number of highly effective teachers by leaps and bounds – Seminole rated 68.2% of their teachers as highly effective; Brevard, 55%; Osceola, 45.7%; and Volusia, 24.1%. Also, compare our pathetic scores to other large Florida School districts – Miami-Dade, 33.6%, Palm Beach 41.9%, and Pinellas 28.4%. Is it a wonder that so many annual contract teachers leave OCPS each year?

While the district claims that the scores are low because of changes in the computation of teachers' deliberate practice or growth plans, the changes were tenths of a point and cannot explain away this huge disparity. It cannot explain the fact that years before the deliberate practice was even part of the computation there were many more highly effective teachers than there are today.

What can explain this disparity is the fact that school-based administrators announced to teachers last year that they should expect to receive lower evaluation scores. They told the teachers that they had been directed by the District to give less effective and highly effective scores and more developing and beginning scores. Indeed, if you review the scores of every District school, those schools where teachers complained the most produced no highly effective teachers. That is zero. Not one!

Teachers’ evaluation scores affect their pay, their career, and their job security. The scores also impact their morale, self-esteem, and ultimately and most importantly, the students. We need to reform our evaluation system immediately. ENOUGH IS ENOUGH!

Wendy Doromal is an educator, union and labor organizer/leader, human rights advocate, political activist, published author, wife, mother and grandmother. She is the President of the Orange County Classroom Teachers Association in Orlando, Florida, representing the educators in the 9th largest school district in our nation.

I am my union!

SOME LINKS FOR EDUCATORS 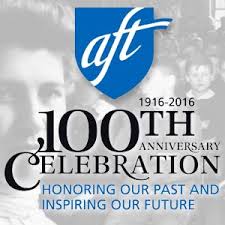